Damian Lillard Bio: When the time came for Damian Lillard to release his first shoe via his deal with Adidas in 2015, there wasn’t any doubt that his heritage would play a major role in the eventual creation of the final product.

Heritage has always been important to the Portland Trail Blazers guard, who isn’t just spouting empty words with his rap song “Loyal To The Soil”. No matter how many points he scores or how much money he makes, Dame DOLLA has never forgotten where he came from.

It’s why he returns to Oakland, Calif., every offseason to work out in his old high school gym, which has been newly renovated thanks to a generous gift from Lillard that also saw the addition of both a new weight room, a new music room, and a computer lab that gives students the chance to design their own shoes.

It’s why he made his shoe available in purple and black as a nod to his alma mater Weber State, who gave him the chance to prove he could play at the game’s highest levels. It’s why he returned to Weber State to get his degree in 2015, a move that helped his old high school point to him as motivation for struggling students.

It’s also why he wears the number 0 on the court: when interpreted another way, the number looks like the letter O, which has been a constant in each place that has shaped the person he became. 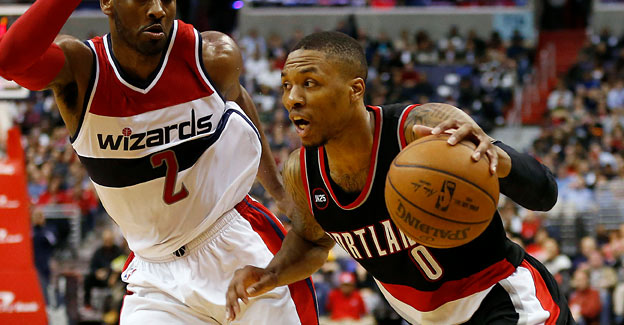 Whether it’s been Oakland, where he bounced around at two different high schools before landing at Oakland High School, Ogden, Utah, where he dazzled the Big Sky Conference while building Weber State into one of the league’s most successful teams, or Oregon, the home of the Portland Trail Blazers that he now stars for, the letter O has always been a constant presence in Lillard’s life.

It’s why his debut album as Dame DOLLA was titled The Letter O and why his Dame 3 shoes feature his initials interlocking to form the same letter. 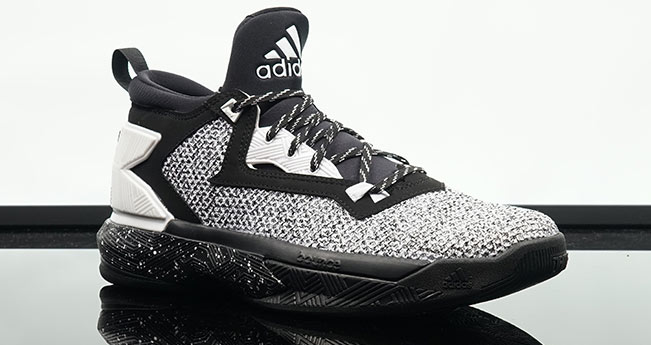 The SHOES Tell His Story

Even the shoes themselves tell a story of what made Damian Lillard into the No. 6 pick in the 2012 NBA Draft and helped him sign one of the richest contracts in NBA history in 2015, when he inked a five-year extension with the Blazers worth $151 million.

The shoes themselves feature blade traction in the form of a sole design that resembles the milk crates that served as Lillard’s first basketball hoop. As a child, Lillard’s grandfather nailed a milk crate to a pole to create a makeshift hoop for Damian, and it was the time spent on that hoop that formed the foundation of a shooter who averaged 19 points in his rookie season and only improved from that lofty mark.

Beyond the traction, the Dame 3 from Adidas features the cushion that gives the guard the bounce that has helped him play well beyond his size. Even though size isn’t much of a problem for him anymore now that he stands 6-foot-3, the bounce is a throwback to when he left high school at 5-foot-11, and needed that extra edge to get over players who had several inches on him. 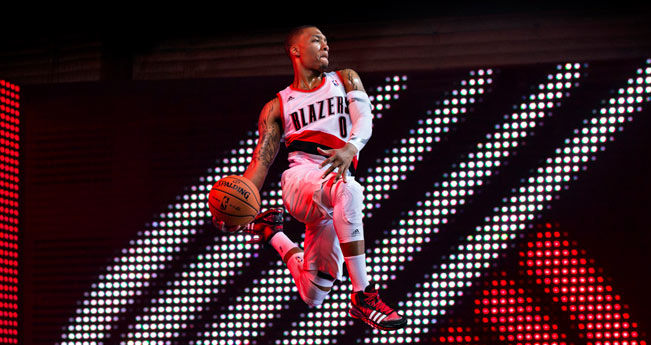 Just before signing his massive NBA contract extension, the 2013 Rookie of the Year inked a mega-deal in with Adidas. According to ESPN, Damian’s  shoe deal could be worth $100 million with incentives and options over 10 years.

That kind of “shoe money” eclipses even Kyrie Irving’s Nike shoe deal, and puts him in the top of the sneaker-deal stratosphere with players like Kevin Durant and Derrick Rose.

Even though his shoe deal numbers are mind-boggling, the shoes themselves are priced pretty fairly for a signature shoe, with the D Lillard 2’s currently selling for about $100 or so. Looks like the newly released D Lillard 3’s are more, but still in that range. (The current 15% off  free shipping coupon code for Foot Locker works towards them)

The Dame 3’s relatively low price point is another hallmark of Lillard, who doesn’t want to ever leave any doubt about where his roots lie. He is involved in every bit of the creation of his shoe with Adidas, and both he and the shoe company make sure they’re on the same page when it comes to the message that he wants to come from his shoes.

“His story is all about his path and humble beginnings to getting where he is today,” Adidas designer Jessie Rademacher said.

“His whole goal is to inspire people, so he’s extremely connected to the community. When we design this shoe, we consider everything: keeping the price down so that it’s accessible, the amount of details that are personal for him, and making the sneaker extremely customizable because everyone has different footshapes.”

Everyone also has a different path to their goals in life, and for Lillard, the path was paved by self-confidence and a determination to never give up on his dream of playing in the NBA. As a sophomore, Lillard was on his second high school in as many years at St. Joseph’s Notre Dame, where his coach seldom played him and at one point told him that not only was his NBA dream unlikely, but he wasn’t certain that Lillard would have a spot on the high school varsity team in his final two seasons of high school.

For Lillard, that was the extra push he needed to shift his already high motivation to reach the NBA into sheer determination that it would someday happen. He never gave up on himself, and his reward is now obvious.

“That motivated me a lot.” he said. “I really believed I was going to make it to the NBA. You couldn’t tell me it wasn’t going to happen.”