Kristaps Porzingis bio: On the surface, Kristaps Porzingis isn’t supposed to be the critical player that he is for the New York Knicks. That’s probably why many Knicks fans booed when their team “wasted” a lottery pick on the largely-unknown, gangly 20-year old Latvian.

What was surprising was his impressive combination of size and skills that quickly made him a a star for the Knicks, and propelling him to a spot on the NBA All-Rookie First Team. Since, he has become one of the league’s most popular young players, and has also earned the undisputed title of “the most popular man in Latvia.”

Latvia: Not Really A Hot-Bed of Basketball Talent 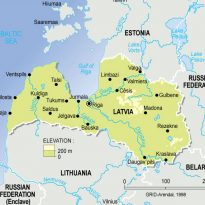 His country of origin certainly doesn’t suggest success at basketball’s highest level. His home nation of Latvia has a proud athletic tradition, but that tradition is in ice hockey, not basketball. With a temperature that regularly pushes into the 20s, many Latvians spend their winters on the pond rather than in the gym.

The Baltic states do have a proud basketball past, but that past belongs almost exclusively to Latvia’s southern neighbor Lithuania. Unlike the Lithuanians, the Latvians have never qualified for the Olympics and couldn’t make a team of NBA players from their country, having just four Latvians who have gone on to the NBA. Of those four, only Porzingis and Andris Biedrins have managed to reach the 100-game mark in the NBA.

Basketball is In Porzingis’ Blood

But basketball has always been in Kristaps Porzingis’ blood. Back when he was still wearing a Carmelo Anthony jersey as a kid, it was widely assumed that he was going to follow the path his family had set for him. As the son of a former semi-pro player and a former Latvia women’s youth team player, Porzingis had the right bloodlines to break the mold of his country and become the kind of success that Latvia had never before seen on the basketball court.

Breaking the mold was one thing. Becoming the face of one of the most visible franchises in the world was quite another. Far from the bust that New York fans feared he would become on draft night, when he was picked fourth overall in the 2015 NBA draft to become the highest-picked player in the NBA draft of any of the three Baltic sates, Porzingis has instead become one of the Knicks’ most consistent players. 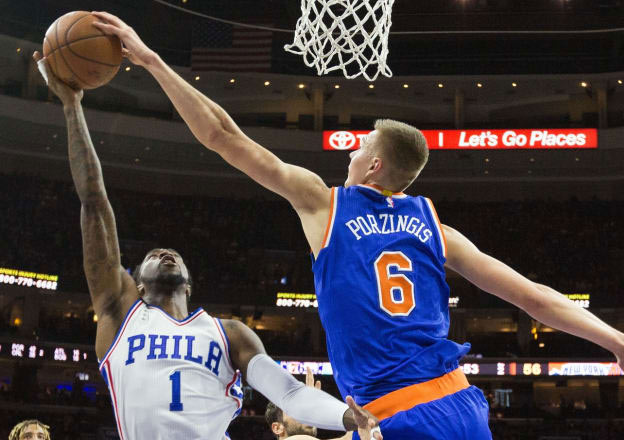 His towering 7’3” height gives him the size to deal with anyone inside as one of the tallest players NBA history, but he’s also nimble on his feet and can create his own shots from down low when necessary. In short, he creates a match-up nightmare for the defense where it’s difficult to take anything away from him because of his options.

It’s why he’s in line to get a raise from his $4+ million salary when his rookie contract expires. It’s why he’s become a consistent scorer and given the Knicks a true threat both inside and outside the lane. It’s why he outplayed his rookie contract in his first season in the league, becoming the first rookie in league history to post more than 1,000 points, 75 three-pointers, 500 rebounds and 100 blocks in a single season.

It’s also why Adidas chose to give Porzingis the richest shoe contract ever awarded to a European NBA player of any nationality, despite Porzingis being a mere 21 years old and in the midst of his second NBA season at the time of the offer.

The future is brighter than ever.

Nike and it’s Jordan brand controls a staggering 95% market share in basketball shoes, but Adidas just took out a sling shot and is trying to channel David vs. Goliath with their Porzingis shoe deal. (A very tall David, I might add!)

So, how much is Kristaps’ shoe contract worth? Like most NBA shoe deals, the one Adidas signed with Porzingis is based largely on incentives and bonuses, but is valued at $3-6 million dollars a year. That’s up there with the best, rivaling Nike’s signature shoe deal with Kyrie Irving.

That’s also the biggest shoe deal ever for a European basketball player, and a lot more than the $25,000 a year he was making with the Nike shoe deal he signed in 2012. It’s also enough to convince him to ditch the Nike Kobe X Elites that he used to wear. (Which he colored blue with magic marker!) 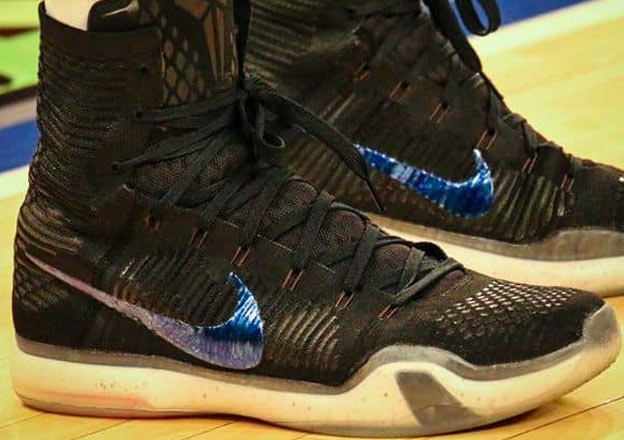 When asked by The Vertical about the shoe contract, Porzingis said:

“All I can say is both Nike and adidas are first-class companies… I would be lucky to align myself with either one. The amount of attention I received was flattering, but right now I am letting my agents handle the business side of things.”

Wow, and he’s a class-act too? That question from the press was a big fat chance to screw this whole endorsement deal up, which is what a lot of 21 year-old NBA players would have done!

Also, Porzingis is one of the most popular jerseys in the NBA, (#4 on nbastore.com) so that’s a good sign for the future.

The resulting shoe is the KP-6 as part of Adidas’ Crazy Explosive brand of shoe. Porzingis and Andrew Wiggins are pairing to back the sneaker that came with full-foam conditioning on the insoles, giving its wearers a feeling of relax and comfort throughout the life of the shoe. 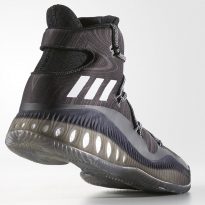 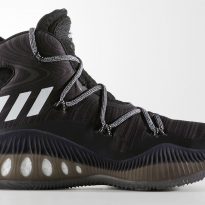 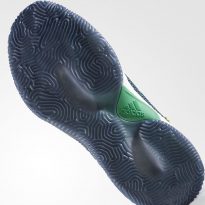 For players like Porzingis, the extra cushion means that his body won’t be thrown into a defender when he’s trying to make a move to the basket. Instead, Porzingis has complete control over his body and is able to use his knowledge and quickness to make something happen during the scant amount of time that he has to make a decision.

Is it the shoes? Probably not, but you can still “be like Kristaps” and wear the same exact shoes. (Except his shoes are size 16) The best selection and prices on Adidas Crazy Explosive shoes at at Foot Locker and Finish Line:

Tip: Unlike most new signature shoe releases, Adidas Crazy Explosive sneakers are not excluded from coupons and promo codes at Foot Locker and Finish Line. You can get a discount up to 20% if you use a coupon! 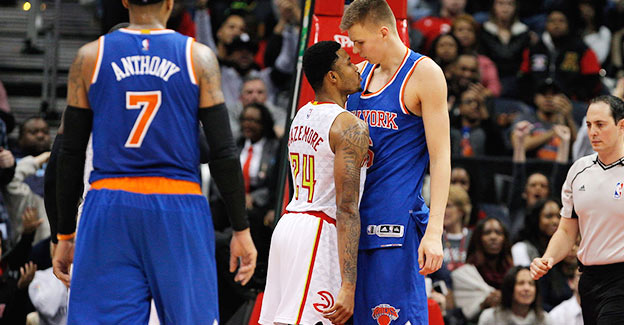 Becoming one-dimensional has never been a concern for Porzingis, who has made himself into a top weapon for his team, regardless of the league in which he’s competing. Whether it was his club team as a youth in Latvia, his first professional team of Baloncesto Cevillia, or the New York Knicks, Porzingis has always brought a professional attitude to the court, along with the demeanor of someone who wants to keep making progress and keep showing improvement.

That might not be what you’d expect from a 21-year-old in the NBA, but Porzingis has proven time and time again that he’s anything but the typical youth. Instead, this is a man who believes 10 blocks a game would be easier than getting 10 assists and took his preparation for the NBA so seriously that he backed out of the draft in 2014, choosing instead to spend the upcoming year working toward being a deserving lottery pick the next year.

With the Knicks on the rise and Porzingis a large reason why, that’s an extra year of preparation that appears to have paid off in a big way.